Richard Thaler, an American economist at the University of Chicago, received Nobel Memorial Prize in Economic 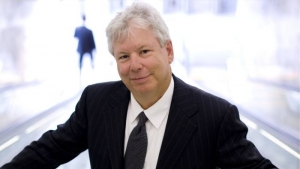 Sciences in 2017 for his contribution to behavioral economics. He examines why people don’t always make rational decisions as economic theories often assume. He also pays attention to notions of fairness and lack of self-control. His findings have influenced the economic science and policy.

In 2008, Thaler together with his colleague Cass Sunstein published a book called Nudge: Improving Decisions about Health, Wealth and Happiness. He explains flaws and cognitive biases that influence our decisions. They created a nudge theory, a concept arguing that people’s behavior may be changed through indirect methods rather than by direct enforcement or instruction. Using the knowledge about decision making, people can be “nudged” the right direction and their decisions about health, wealth and happiness might be improved.

One of the most famous nudges is the “Save more tomorrow” program using the knowledge of behavioral economics to increase employees’ savings. People are willing to save more money when they commit to it in advance. Significantly higher percentage of employees agreed to increase their saving rates when they committed now but the increase of their saving rates started only with their next pay raise. In other words, if I ask you to increase your savings in 5% starting in the future (when you get a raise or at the beginning of next year), you will be more likely to agree than if I asked you to increase your savings in 5% starting now.

Richard Thaler’s most recent book is called Misbehaving: The Making of Behavioral Economics. Thaler has based his research on the fact the people are prone to biases and heuristic and deviate from the standards of rationality assumed by economists. Whether we are choosing a shampoo or buying a house, we all succumb to biases and make nonoptimal decisions, we “misbehave.” Most importantly, our misbehavior can have serious consequences. Thaler is trying to show to his readers how behavioral economics can help to make smarter decisions in many areas of life from household finances, to TV game shows, NHL draws, or businesses like UBER.

However, Richard Thaler is not the first scientist rewarded for research done in behavioral economics. The first Nobel Memorial Prize in Economic Sciences for research done in a field connecting economics and psychology was Princeton University Psychologist Daniel Kahneman, PhD, in 2002. Kahneman and his colleague Amos Tversky, PhD, who died in 1996, applied psychological insights to economic theory in the areas of judgment and decision-making under uncertainty and formulated the prospect theory, challenging the expected utility theory. Individuals assess their gains and losses in asymmetric matter, losses hurt more than gains give pleasure. Loosing $1000 is more painful than winning $1000 pleasurable. On the other hand, according to the expected utility theory, the pain of losing $1000 is equal to the pleasure of making $1000.

We are very happy to see the field of behavioral economics to grow and be recognized. We believe the knowledge can bring a lot of good things into people’s lives.

Photograph: Richard Thaler won the Nobel Prize for his work in ‘understanding the psychology of economics’ © REX/Shutterstock

Become the leader of your actions, not the follower of your reactions.

We make thousands of decisions every day. Let's learn how to make better ones.